“When I get the chance to showcase my style and aggression in these next coming competitions in Big Air, I sure won’t be holding back! ”

We are incredibly excited to announce that Ryan Parsons will be joining the Ocean Rodeo Pro Rider Team! We recently sat down and interviewed Ryan so that everyone could get to know this eager, young, talented rider.

See more about Ryan by visiting his Rider Profile 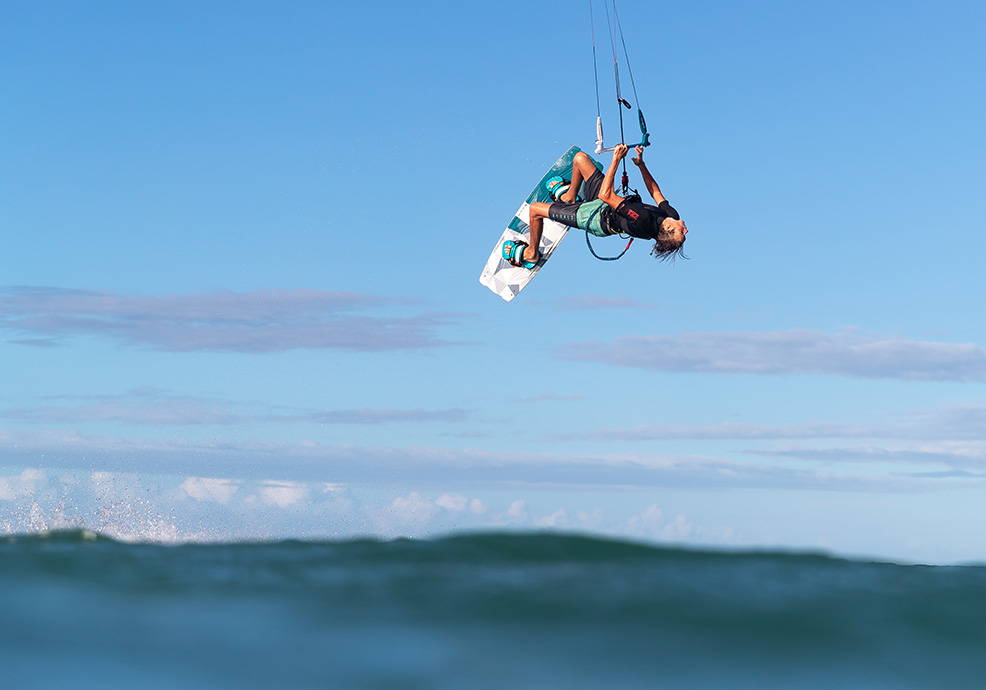 How did you first get into kiteboarding?

Originally my father was a windsurfer. We both used to watch the kitesurfers after he would come in and we were both super interested to get into it. In 2009 it was very rare to see someone at such a young age kitesurfing. Because I was so young and light in weight I had a really hard time finding a shop that would take me in for lessons. I had to prove how keen I was and learn the kite control. So I purchased a trainer kite and almost every day it was windy when I flew this trainer kite. Using it on my longboards in car parks to learning unhooking tricks before I even had the chance to get on my board. After proving how keen I was, my local shop took me in for lessons on the 1st of January 2011.

Depends how windy it is really! My go-to trick every time I ride is a back roll to inverted back roll. But if it’s nuking, nothing beats throwing a megaloop.

Is there a certain kiting goal you are hunting down?

My biggest goal in kiteboarding is definitely being the next Ruben Lenten or Aaron Hadlow. I watched them growing up and saw how much each rider has changed the sport in their own way. I really love bringing something new to kitesurfing. Thinking of new tricks and different ways to perform them is something I’ve always had a passion for. When I get the chance to showcase my style and aggression in these next coming competitions in Big Air I sure won’t be holding back!

If you could go back in time, what kiting related advice would you give to a newbie kiter?

If I could give any advice, I would have to say if you are gonna learn something, learn it both ways. You have to ride both ways on the board before you can try tricks. Practice self-landing your kite both ways and even your self-rescues. You never know when you will need it.

What did you think when you first tried one of the A-Series ALUULA kites?

What did I think? I have no idea! I was so overwhelmed with the characteristics of the kite. The first day I flew an A-Series kite, the wind was hardly 5 knots. The bay was a milk pond. In our winters here in Australia it’s rare to get wind more than 10 knots for up to two weeks. I was way too keen to try the 14.5 ALUULA Flite once I got my hands on one. Having the kite sitting on the beach, the fabric was not even moving, but as I've heard they fly in no wind, I just had to see if it was true. Having the kite directly down wind of me on its back, I pulled on the center lines and up it went like it was 10 knots or more. I couldn’t believe what was going on. The look on my face in the video really proves it! Just how it moves in the air, it’s almost like it’s filled with helium. The kite turns so fast, doesn’t stall when turning and even has slack line drift. Never experienced anything like it but I loved it. That day was the lightest wind I have ever kited on a foil in. 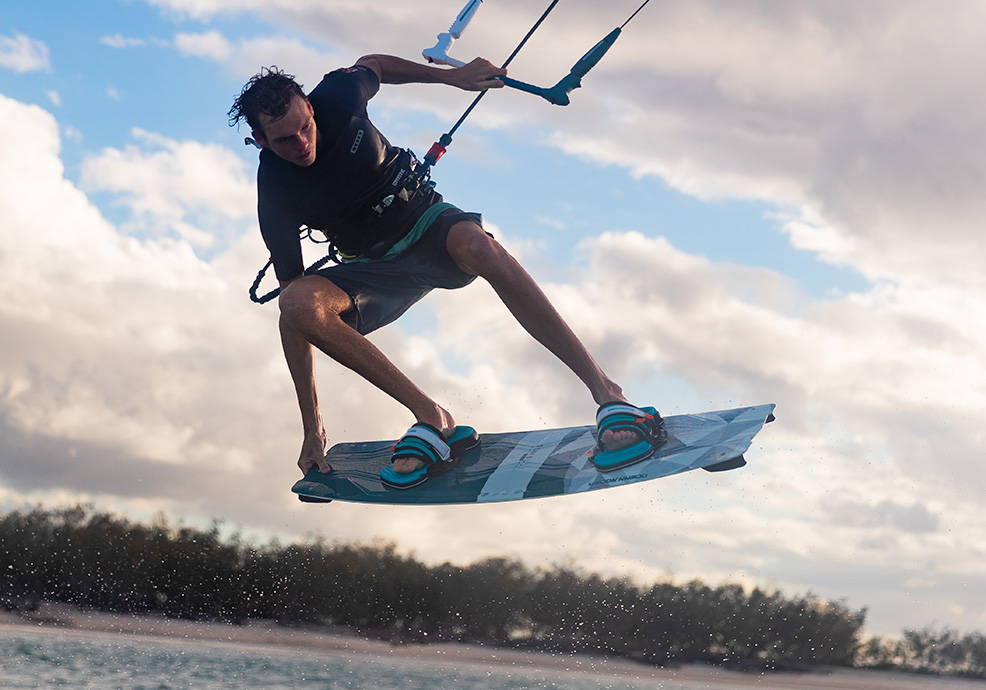 You are an aggressive rider and relentless when it comes to trying new tricks, how have the ALUULA kites stood up with what you’ve thrown at them?

Being a Big Air/Freestyle Rider I push my gear to its limits, ride kites far too big for the wind strength and really don’t hold back. I honestly can’t fault these kites at all. Their designs are just unbeatable. No matter the conditions or riding style, these kites perform!

You foil as well, what is one of the main advantages to foiling with an ALUULA composite kite?

ust the ability to ride in any wind condition on any board you choose to ride is a big advantage. A real bonus is that on a super light kite, the bar pressure is next too nothing, making the “flying” feeling even more insane on and off the foil. These kites’ bar response is honestly mind blowing and incredibly stable no matter what you’re doing underneath, giving you more time to focus on the foil and less on the kite.