In the last couple of years, as the light kite revolution in kiteboarding has really ramped up, it’s become clear to us that the term ‘industry-standard’ should be framed as more of a challenge than a benchmark. Ocean Rodeo has been at the forefront of the light kite revolution, leading the charge from the front with the groundbreaking ALUULA material, which is fast superseding lesser fabrics which might previously have been considered the ‘industry-standard’, as can be seen in the much hyped A-Series kites. But why is ALUULA winning? 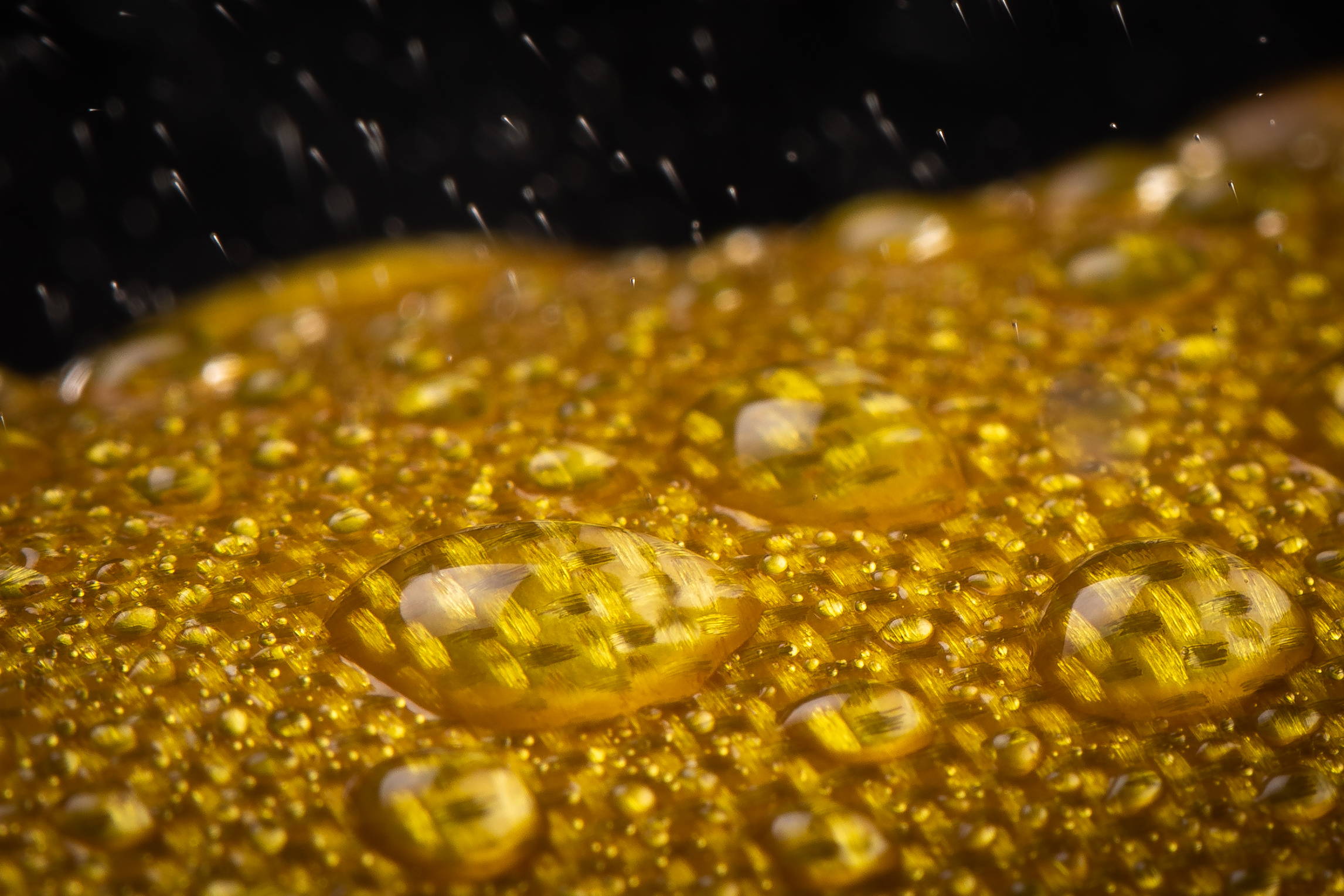 ALUULA fabric is an ultra-light composite material that’s currently reshaping the industry, as well as our traditional thinking of a “light kite”. It is produced by ALUULA Composites in Canada, a company that developed out of the R&D department here at Ocean Rodeo.

This super light ALUULA material offers us the ability to tune it to the perfect balance of weight and strength in our A-Series kites and new wind wings. The Roam and Flite A-Series kites use a blend of 78 to 82 grams per square meter (gsm) composite, whereas industry standard Dacrons range in weight from 155 to 165gsm. This cuts our airframe weights in half, and equates to an insanely light kite, while simultaneously improving lightwind performance.

Because the kites have three struts, and yet are as light as some no-strut kites, they deliver rock-solid performance and stability at the top end of the wind range, as well as in extreme light wind. It also makes for far easier relaunch should your kite land in the drink! Simply pumping one back line will cause the airframe’s stiffer flex to work the kite out onto one wing tip, and back into the air.

With our ALUULA-built A-Series kites, you can use a 10m 3-strut and go foil boarding in 8 knots, and then hop on your twintip and go for some megaloops on that exact same kite in 25 to 30 knots, all thanks to the benefits of the ALUULA fabric. When it comes to ALUULA versus Dacron, there is no competition!

Because the kites have three struts, and yet are as light as some no-strut kites, they deliver rock-solid performance and stability at the top end of the wind range, as well as in extreme light wind. It also makes for far easier relaunch should your kite land in the drink! Simply pumping one back line will cause the airframe’s stiffer flex to work the kite out onto one wing tip, and back into the air.

The increased strength and reduced stretch that the ALUULA material provides in the ALUULA A-Series kites and A-Series Glide wings have also allowed us to keep leading edge and strut diameters to a minimum, reducing weight even further, and making ALUULA kites and wings significantly lighter than anything else on the market that use traditional Dacron.

On our kites, a band of ALUULA 82 gsm composite runs from wing tip to wing tip along the connection seam between the canopy and leading edge. With twice the tensile strength of the underlying Dacron leading edge fabric, the ALUULA strip also stiffens the Dacron, increasing the Modulus (resistance to stretching while under load). This resistance in distortion when compared to traditional ‘full Dacron’ kites means increased stability and handling in all conditions.

The canopy’s reinforcements, overlays and anti-flutter strips on the A-Series kite also now benefit from ALUULA’s remarkable strength to weight ratio, and its superior abrasion resistance.

Tensile strength is a measurement of the force required to pull something such as rope, wire, or a structural beam to the point where it breaks. The lengthwise or longitudinal warp yarns are held stationary in tension on a frame or loom while the transverse weft (sometimes woof) is drawn through and inserted over-and-under the warp.

Tear resistance (or tear strength) is a measure of how well a material can withstand the effects of tearing.

Our work with ALUULA Composites in building our A-Series kites resulted in us incorporating completely new build techniques such as the ALUULA ridge seam on the leading edge tube. This ridge seam adds additional flex control to the airframe in a similar fashion to a batten, while at the same time delivering solid seam strength to enable a highly responsive airframe for such a light kite.

This innovative seam technology is designed specifically for ALUULA. The ridge moves the stress of the stitch holes and threads to the anti compression ridge. Strategically located to add additional stability to the leading edge, the Ridge Seam helps stabilize the kites arc in gusty and high wind conditions.

The Hex Lock seam is another new seam from the ALUULA composites design team which is used exclusively on leading edge and strut segment seams. Hex Lock resists torque and pressures far beyond existing seam techniques, and it has been designed specifically for ALUULA composite materials.

Modulus of elasticity measures a material’s resistance to being deformed elastically (not permanently) when stress is applied.

The ALUULA-powered A-Series are now proven to be some of the highest performance kites in the world, and we’re sure the incoming ALUULA wings will be regarded the same. We have proven that ultra light, ultra strong and stable composites materials not only improve light wind performance but are equally effective at improving handling, stability and flying performance in all wind conditions.

A light kite is a better kite. It’s as simple as that. And no kite (or wing) is lighter than an ALUULA kite...